Specialty Canvas is for those who can’t afford frames because it is meant to be displayed without one. Lucky you. They told me that these are some contemporary finish or something like that. Oh! “Sleek.” That’s the word I’m supposed to use. They’re wrapped with 2″ stretcher bars. So it will stick 2″ off your wall. Even though you should be able to see them pretty easy from any angle, we highly suggest not putting them head level and close to a hall corner.

Sandstone – Basically vanilla’s friend that’s almost too extreme for vanilla, french vanilla. Has minimal texture to show off the details of the photo.

Paper Mache – Made from the stuff you had to make sculptures of in that art class you were taking to impress you know who.  It is not recommended for photos showing people’s faces as the texture is random and might effect areas such as the eyes.

Burlap – When you’re cold and take off running track. Get it? Burrrrr Lap? This is why I have no friends. It’s a coarse canvas woven from jute, hemp, or a similar fiber. Thanks Webster.

Linen – Made from flax and we expect none from you. 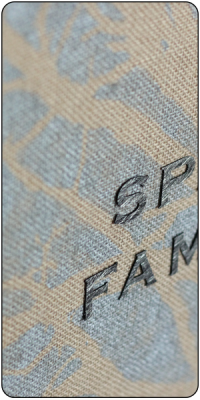